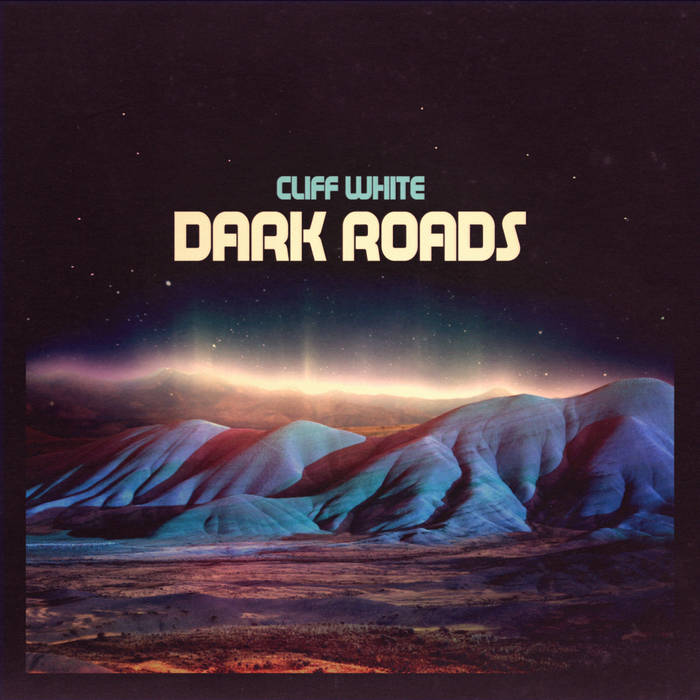 Modular synth enthusiast Cliff White has been playing music for decades in various bands around the West Coast, primarily as a guitarist. In recent years, Cliff has narrowed his focus toward electronic compositions and more abstract musical concepts that sometimes borderline on sound sculpture. With the use of modular synthesizers (some that Cliff built himself) and other various electronic instruments, Cliff has turned a new page in his musical vocabulary. Dark Roads (Cliff's debut solo album) is an alien experience, covering a wide variety of moods and textures throughout the 46 minutes of music contained on this 10 track album. Starting off the album is a track called First Traveler (which which made it's first appearance on the WR compilation VA-WR037). A cosmic arpeggio-driven number that recalls the works of Kraftwerk or perhaps Phaedra-era Tangerine Dream. Immediately following, Dark Roads takes a dive into more abstracted territory with Gestures. A number of tracks on Dark Roads including Gestures, Inspections, The Factory Floor and the glitched-out Fast Charlie feature abstract rhythmic structures and complex percussive melodies that share some similarities with early Warp acts such as Plaid and Autechre. Although much of the album feels very alien by nature, Dark Roads has it's comforting moments as well, with warm melodic synth pads bathed in ambient atmosphere heard on tracks such as Approach - Throughput, Trains Past and The Far Shore. Overall, Dark Roads is an engaging listen, an audio journey that takes you on an otherworldly quest of the mind. In some ways, Dark Roads feels very much like a late 70s - early 80s electronic themed library record designated for Science fiction films, wherein the music contained would include "Themes" and "Incidental Music" back to back, giving the listener the full cinematic experience. So take the dive and see where the dark roads will take you...