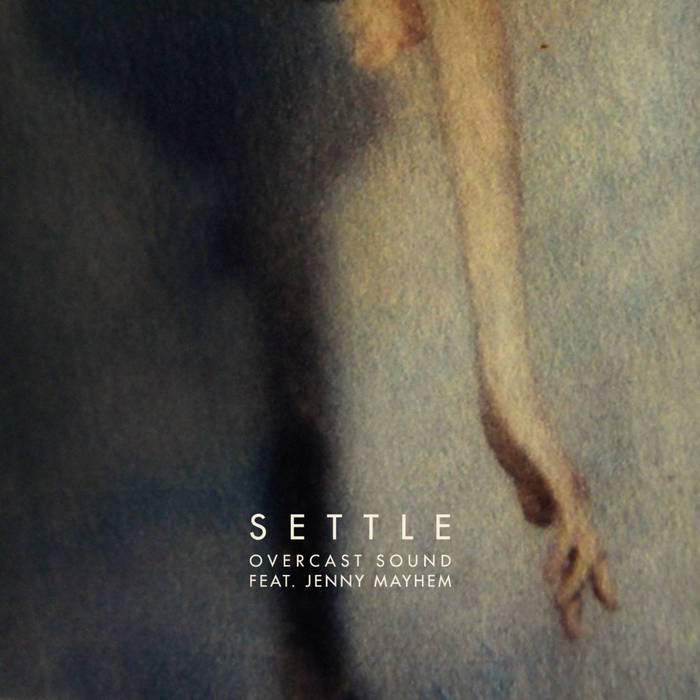 Overcast Sound make an impressive debut at WR with Settle, a new single featuring the sultry vocal talents of Jenny Mayhem, backed by five deep remixes from Chord, Liquid Transmitter, OVC, Giriu Dvasios and Coppice Halifax. With an already superb back catalog of releases at labels around the world (Entropy, Silent Season, Basic_Sounds and ROHS!, just to name a few) it comes as no surprise at all that Overcast Sound still have new territories to explore. Settle is less of the deep techno OS is known for, and more smoky downtempo with a distinct trip-hop influence, casting a dark, slow shadow over the room, leaving only subdued hints of cool blue chords and electric green bass visible in the haze. The remixes rewrite, rebuild and reduce Settle in ways one might not expect. Chord configures it into a minimal house groove, the vocals a distant memory of the original. Giriu Dvasios treats it with punctuated dub stabs and a deep soundfield, offering a different viewing angle on Jenny Mayhem's vocal nuances. Liquid Transmitter completely obliterates it into a wash of echoes and ebbing synth tides, with certain recognizable elements occasionally burbling through to the surface. OVC's version bounces with the chilly urgency of a late night drive through an abandoned city, and Mayhem's vocals provide a human counterpoint to the minimal escape. Coppice Halifax distills Settle into a Rhythm & Sound-influenced reggae dub smoke-out, dissecting the vocals and recycling them as melodic percussion over a low and slow black coffee meditation. Following this expansive single is a full-length album, All We Know Fades, which is sure to deliver even more tantalizing audio forms from the talented Overcast Sound.