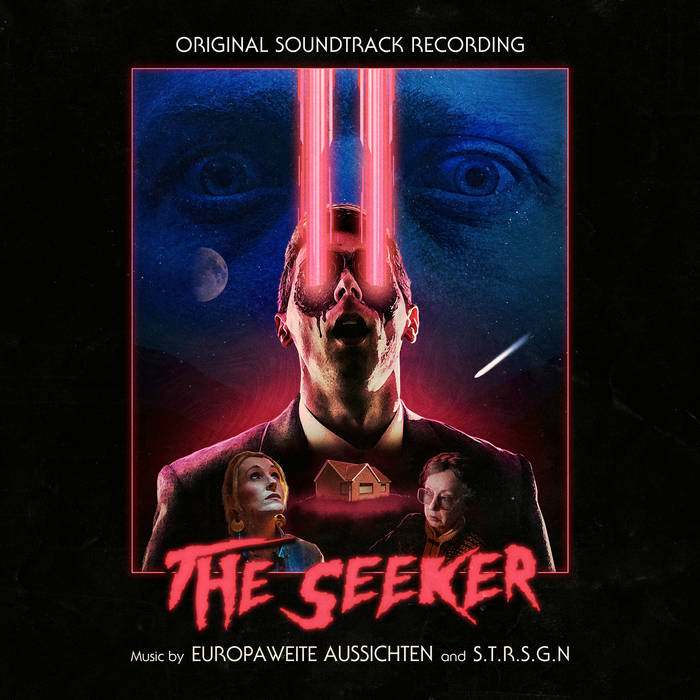 This expanded version of The Seeker soundtrack also contains demos, original outtakes and alternate versions of tracks from the soundtrack not featured in the film. In addition to the original score are four guest tracks by artists featured on the soundtrack in the film. Tracks by Python Blue, Le Cassette, VHS Dreams and De Lorra.

About the film:
The Seeker is a micro-budget homage to horror classics XTRO, Invasion of the Body Snatchers and The Thing.

Synopsis:
After reports of an Unidentified Flying Object crashing in the Highlands of Scotland, a quiet and lonely man has an encounter with a strange being. Waking up disorientated he finds himself consumed by an alien impulse which leads him to seek out those closest to him and turn them to his extra-terrestrial will. Look closely and observe your friends and family with keen regard. They could be…THE SEEKER.

All music composed and produced and by Sam Freissler (Europaweite Aussichten) and Stewart Hamilton (S.T.R.S.G.N) except for 'Revelation' performed by Python Blue, 'Digital Power' performed by Le Cassette, 'Bodywork' performed by VHS Dreams and 'Lost performed by De Lorra.